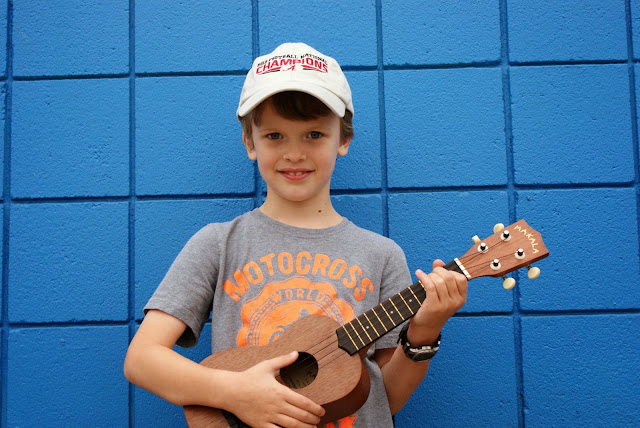 My sweet Cade is 8 today! I know I say this every year, but it just doesn't seem possible.

This year for his birthday we decided to take him to Blues Angel Music in Pensacola so that he could see the fish tank that was featured on the TV show Tanked, his favorite show. It was such a fun day. The fish tank was exciting, but he also got sucked into the coolness of the music store. He has mentioned a few times that he would like to learn to play the guitar. While we were in the store he was introduced to the ukulele and decided that that would be the instrument he wanted to learn. It was kind of spur of the moment (if you know my husband, he doesn't usually make purchases that haven't been well thought out), but we gave him the option of getting the ukulele or the other gift he had been asking for. He chose the ukulele.

Cade also wanted to eat at PF Chang's, so we drove the extra miles to Destin, FL. It was his birthday!

We are having a family dinner tonight and then 3 of his friends are going to spend the night. I have done big parties for him in the past, but the smaller ones always seem to be more fun for everyone.

Happy Birthday Cade! We love you!

Thanks so much for taking the time to leave a comment! 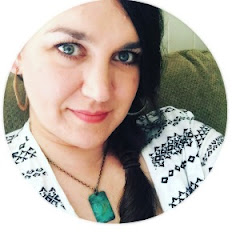 Hi, my name is Nikki. I am a wife, mother of 2 boys, and homeschool mom. My desire is to serve my family well by keeping our home well organized so that we can find things quickly, mostly clean so that I am always prepared for guests, and decorated comfortably so that it can be used to be a blessing to our family and others. I can't do any of this in my own strength. I choose to hold on to His grace in midst of the everyday stuff.